The Good, Bad and Ugly of the 2010 SpikeTV VideoGame Awards. 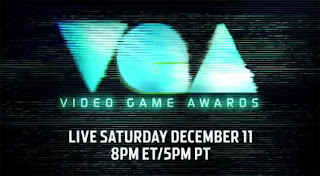 I can't tell what's more of a cliche at this point, using the phrase "The Good, the bad and the ugly" or ranting online about the mess that is the annual SpikeTV Video Game Awards. It seems that every year the VGAs spawn a ton of criticism from what should be its target demographic - gamers in general. Why is this then? If this is supposedly gaming's biggest night of the year, how come a majority of the buzz that comes from it is typically negative?

Philosophy aside, there were some definite highlights, low lights and broken light bulbs throughout the evening's festivities. Here are my picks of which lights were worth looking at.

One common opinion I see online is that the only worthwhile thing about the VGAs are the games/debut trailers that are announced throughout the night. Although some momentum was taken away due to premature reveals earlier on in the week, the VGAs do do (ha!) something right: videogame reveals.

Throughout the night, numerous sequels, original titles and content were given center stage. You can tell fan excitement was at a high when trailers for Uncharted 3, Mass Effect 3, Batman: Arkham City and Elder Scrolls V: Skyrim were shown. These personally were the biggest displays of the night, with Mass Effect 3 tickling my excitement glands the most.

That's not to say there weren't any more quality reveals. Guillermo Del Toro was abke to take the spotlight and tease his upcoming game Insane, which admittedly had a Saw-like vibe to it. A trailer for Resistance 3 was shown. I honestly have never gotten into this Sony-exclusive franchise, but the trailer really did pique my interest. I'll definitely be keeping an eye out for this one, but it could have used less Thor hammer at the end.

After speculation hit the web earlier this week of his inclusion, the VGAs saw the reveal trailer of Kratos guest appearing in the latest installment of Mortal Kombat. While this confirms that Sony consoles are getting an exclusive character, this begs the question if its Microsoft counterpart will be getting the same treatment. On the Microsoft exclusive side, a new Forza was also announced. It will be interesting to see if the newly released Gran Turismo 5 will be any sort of inspiration to this well received franchise.

That pretty much covers the highlights of the night. You can check out everything shown however over at GameTrailers. The sad thing about this however is that gaming fans can typically watch these online seconds after the show, taking away the only reason to watch the event in the first place.

I'll be honest, the VGAs usually surprise me when it comes to who they pick as their game of the year. With the last two years seeing the releases of Call of Duty Modern Warfare 2, and Call of Duty Black Ops, also putting consideration on what type of gamers this show seems to be appeasing to, the sentiment throughout the night is that Activision's juggernauts of a title will walk away with the biggest award of the night.

Just like last year, this wasn't the case. The VGAs named Rockstar's fantastic Red Dead Redemption as its game of the year. A title well deserved as Rockstar San Diego did craft such an immersive world with the same quality of characters found in any Rockstar game of the same caliber. Colour me impressed that this happened, considering some of the other awards didn't seem as thoughtful.

While this may not be the fault of the VGAs, one reveal that I was excited to see was the return of EA's over-the-top snowboarding franchise SSX. What I got however was something else. There are certain beats that the SSX series is known for: a stylized snowboarding experience with a cast of colourful characters and insane looking tricks to match. Granted, it's only the debut trailer, but that showcase seemed to have nothing of what made SSX, well, SSX. Instead it boasted a dark atmosphere, more realistic characters and a more serious tone, one that I hope is shed in future trailers.

Probably the most disappointing thing of the night was the lack of any sort of Saint's Row 3. Rumor went around a couple of months back that the latest entry in THQ's freeroaming series would be showcased for the first time at the VGAs. It was the thing I kept my eye out for the whole night, with each segment posing the question "is this it? is this the SR3 announcement?" Those questions, however, were in vain as fans of the series will have to wait a little bit longer to see what's in store for its' future. 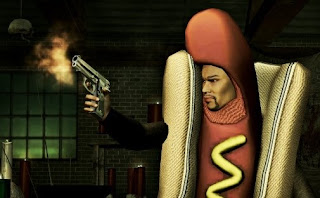 The... Turn Off The Lights?

There has been a trend that I've always observed about the VGAs when it comes to who typically wins awards during the show. I've come to expect that if there is any aspect of the game represented during the night (Say if a musical act from a licensed soundtrack is preforming) then the game is bound to win something. Sure it kills the little credibility that this show has, but if they're willing to show up for this thing, might as well give them something right?

But really, that's practically the definition of sketchy. And what better illustration of this than awarding 2010 VGA host Neil Patrick Harris Best Performance By A Human Male for his work in Spider-Man Shattered Dimensions. I found so many things wrong with this that the phrase "joke award show" could not even come close to describe what I thought of the program as a whole.

I have nothing against Neil Patrick Harris. He seems like a great guy, and everything I've seen him in lately is quality stuff, TV and film wise anyway. However, his ventures into the world of video games have not been the best places to flex his acting capabilities. Awarding his performance in Shattered Dimensions is a little bizarre considering he wasn't even the best Spider-Man voiced in the game- arguably Ultimate Spider-Man Josh Keaton best suited the character he was portraying.

Competition within the game itself aside, just looking at the rest of the nominees in this category makes the whole scenario even more strange. NPH was up against seven other voice actors, which included the likes of Martin Sheen (The Illusive Man in Mass Effect 2) and Rob Wiethoff (John Marston in Red Dead Redemption). These two gave exceptional performances in their respective games and really brought their characters to life. You could hear the Illusive Man's firm justifications, or Marston's ever growing need to see his family. For neither of these two to win the award is bewildering.

But hey, neither of the two were even in the audience I bet. So who cares right? 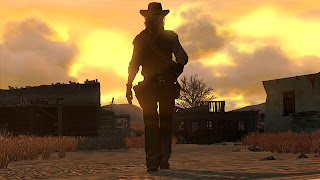 -The Connotation of What A Gamer Is

If the fact that the awards themselves were pretty give or take (emphasis on the latter) wasn't enough to leave people cringing, it was how the show was presented overall that would most likely accomplish that. Let's be honest, while the target demographic of the show should be gamers in general, the gamer image being illustrated throughout the night is one that I, as well as others, have a very difficult time relating to.

Considering you have televised drama actresses making poor allusions to sex while presenting an award, Comedy Central comedians boasting about shit talking and the downsides to smoking with video game characters, three appearances by nerd queen Olivia Munn and of course being hosted by Neil Patrick Harris, it seems that the typical gamer is your typical college dorm bro who loves shooting people in between blunt hits and the occasional episode of How I Met Your Mother.

And yet, I hate to say it, but at least Spike TV is trying. They are pretty much the only station (Aside from G4, I guess) to give gaming center spotlight on cable television. Sure, it dedicates time to promoting Spike related content (Seriously, who bought The Deadliest Warrior video game, let alone, will buy downloadable content for it), with a majority of the program trying to push content that it thinks its' viewers are into, but overall it is a platform to announce and get people excited for video games in the otherwise lackluster time of holiday sales.

While it does have some good intentions, is that enough for them to even bother with such a production? Even when the rest of it is pretty much utter garbage? It's really hard to say (even though the answer should be no, it does not). Sure, it is putting gaming in the spotlight, but what's being displayed is a poor representation of what gaming is and who it caters to. Then again, can the same thing be said for such programs as the MTV Movies Awards? The MTV Video Music Awards? The Teen Choice Awards? Granted, it belongs to the same school of lowest common denominator televised award shows, but it still doesn't excuse it. Seeing as gaming is such a different form of entertainment media, I would at least hope any award show that honors it would be different as well.

Until then, it is what it is. Mindless filler in between the reveals of gaming's biggest titles that are slated for the future.
Features Podcast Saturday Morning Arcade Select Spike TV VideoGame Awards