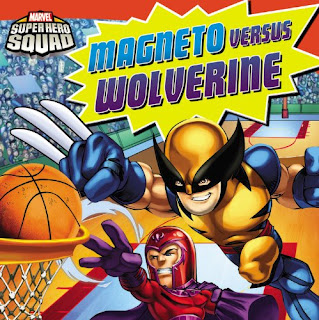 Hey, remember how at the end of February Saturday Morning Arcade was filled with numerous wishlists? Entries that listed our various Marvel vs. Capcom 3 Alternate Costume DLC wishes? Yeah, that totally happened… and that's totally going to happen again. Right now. For your viewing pleasure.

Here's the fifth installment of our ongoing series. You can check out who we're playing dress up with after the jump.

The inclusion of Devil May Cry's leading lady brought mixed reactions amongst the fan community. Though there were people excited for her trapper fighting style, many believed she was the wrong choice for a second DMC representative. Regardless, Trish is here to stay and is immortalized in game wearing her Devil May Cry 4 attire.

Though that wasn't the only costume she dawned in the game. Trish assumes the role of Gloria, her scantily clad persona in order to spy on the game's antagonistic religious presence. Most likely to be labeled the Lady Gaga costume, its outrageous nature is a perfect fit for the MvC universe. Since Trish already has a Gloria-esc colour scheme on disc, they might as well go all the way and include her fully. 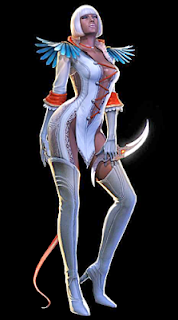 Let's consider something else though. While Trish may appear in game with her Devil May Cry 4 attire, Dante appears with his threads from Devil May Cry 3. You know who else appeared in the franchise's third installment? A little lady named… Lady. One of the few humans to keep Dante on his toes, Lady was shown to be very acrobatic and knew her way around firearms… wait, that sounds a lot like Jill… huh. Regardless, as DMC's second female lead, the least Trish could do is borrow her clothes. 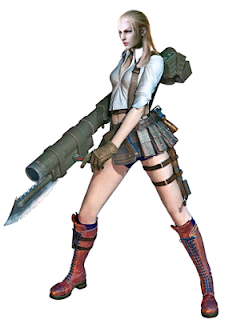 I'll be honest. It was pretty difficult trying to come up with any possible Amaterasu alternate custom ideas. I mean, Ammy is a wolf. There isn't really much you can do with her seeing as she looks pretty distinct as is. Reaching into her source material, Shiranui is Amaterasu's previous and more powerful incarnation. While the look isn't that much different from her original, the extra splash of colours do give it some flare. Though it gets the job done, it's playing it a little safe. 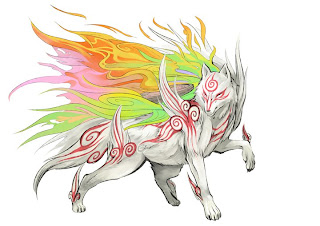 Then I got to thinking, you know what the internet loves? Animals wearing clothes. What better way to instantly boost Ammy's adorable rating than giving her some pants. Seeing as Ammy and Gene are Clover buddies and if she was human she would have a God(dess)'s Hand, my first instinct was to give her some of Gene's clothes. I mean, dogs that wear bandanas are GANGSTER. 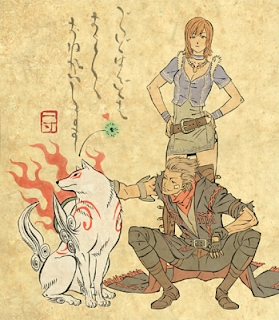 But then I realized I actually wanted to see Gene playable in game. Why jinx his chances by making him a comedic alternate costume? If there was another character Ammy should cosplay as, we should look no further than Darkstalkers' own Jon Talbain. I mean he's werewolf, it makes perfect sense. Just give her some pants, recolour her fur a bit and viola! Fanboys rejoice, your favourite furry made it after all! Sort of. 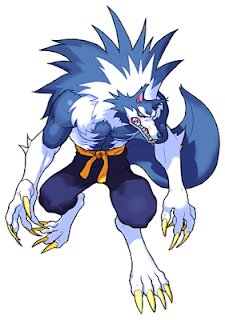 This one is pretty much a given. Chun Li's Street Fighter Alpha appearance is probably her second most recognizable outfit, right after her iconic Street Fighter II look. Considering it was one of her downloadable Street Fighter IV attires, Chunners' acrobatic wear shouldn't shock anyone if announced. 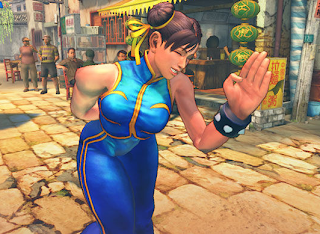 Then again, this is a wishlist! Might as well do some wishing. Chun Li is known for her infamous thunder thighs which produce the fanciest of footwork. But do you know who had kicks that could rival Chun Leeeeeeee? Juri. And since I don't think she has the best chances of making it in game, might as well throw her a bone with this one. 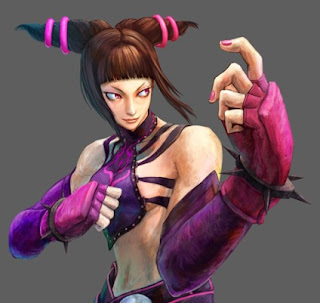 Many Marvel and Capcom fans should be familiar with UDON Entertainment. Alongside producing promotion artwork for both MvC2/3, the art collective is also responsible for the Street Fighter and Darkstalker comics. They've also worked with various Marvel characters in the past including Agent X, Deadpool and Sentinel.

In 2002, UDON had a Taskmaster miniseries, which gave the mercenary's look an update. And by update I mean less Skeletor and more Mercenary. In a way, it reminds me of the two dudes from Army of Two, though technically they should remind me of him. Ditching the cape for a tactical body suit and sleeker skull mask, I can't help but think stupid sexy Taskmaster. Considering that Tasky's third palette swap is reminiscent of this costume already, UDON's Revision does seem like a likely candidate. 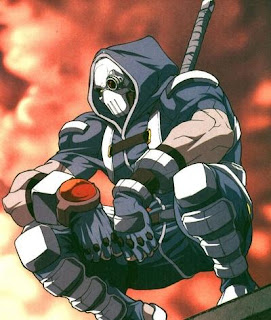 If you wanted to be technical, doesn't Capcom have 19 characters on disc or at the least 18 and a half? It occurred to me a few months ago that the Sentinel on disc isn't necessarily the one found hunting mutants in the X-Men universe. Rather, the MvC Sentinel is Capcom's take of the giant killing machine - ditching the weird muscly humanoid appearance for something akin to an actual robot.

Thus, a more traditional Sentinel should be included as a DLC costume to even up the sides. The cold reigns of technology would be ditched for a creepy human looking face under a stupid helmet. I've personally found Sentinels to look dumb in general, but they are a part of X-Men history. Oh, and one of the in game palette swaps is already reminiscent of it. Stop me if you've heard that one before. 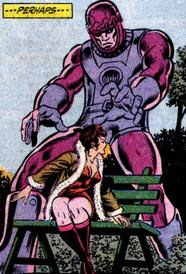 Speaking of stupid looking helmets, there's the Master of Magnetism himself. To be fair, it doesn't look bad. It's jut missing something. Plus I'll be completely honest, Mags kind of looks bloated in game. I hear a good remedy for this is Age of Apocalypse Magneto. Though not entirely that different, check out that mask. It looks like he was ripped right out of an 80s Heavy Metal cover. Rock on \m/. 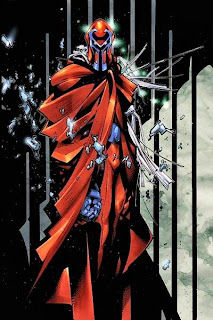 He could also go maskless. There's nothing wrong with this being an alternate as he still kind of looks like he was ripped right out of an 80s Heavy Metal cover. Sure, it may be a little on the safe side, but it gets the job done. Just don't make him look like he did in Marvel Nemesis. God, remember that game? Why the hell could Spider-Man ring out. Terrible. 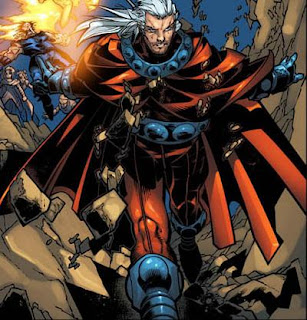 Oh, and there's always this one. 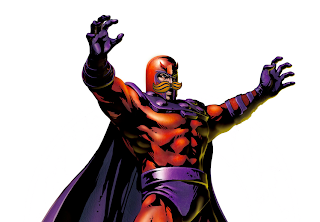 C'mon, how could not see this one coming. For shame.