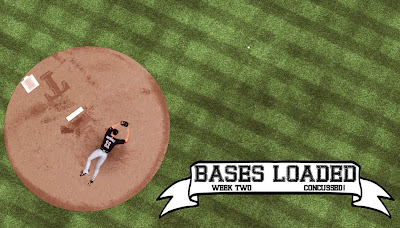 Concussions will be introduced in Madden 2012 as a way to raise public awareness about the seriousness of this particular injury. The idea is to use a game that has sold over 70 million units worldwide to show the effects of a concussion to the uneducated public.

Players will not have the option to bring a player back into the game after that player has been diagnosed with a concussion. Bringing the player back was allowed in previous years, but EA Sports President Peter Moore called it “wrong” to give players the option.

In addition, Gus Johnson and Cris Collinsworth, the play-by-play commentators in the game, will have the responsibility of explaining, in more detail, what a concussion is.

The idea is good, but its execution is lacking. Listening to the commentators say the same thing constantly is already a detriment to sports games. A majority of gamers will just ignore it after a few times (and maybe even from the get-go). There is also the group of gamers who will just restart the game because they cannot win without their star player.


Since I follow the vast majority of sports, including American football, I was indifferent to this announcement. My only thought was, “How much more could I learn about concussions than I already know?”

Then, as I continued my regular season in ‘MLB 11:- The Show’, Red Sox pitcher Clay Buchholz took a line drive off the left side of his face. While I am not a doctor, getting hit by a pitch with such strength and velocity could cause bone damage as well as damage to the nervous system.

Before going any further, I should mention that the game doesn’t have any specific features relating to concussions. When a player gets hit by a pitch, don’t expect to see animations of a jaw shattering like you would in EA Sports’ ‘Fight Night’ franchise. At the same time, that is an issue itself.

Buchholz lay on the pitcher’s mound for a few seconds leaving everyone, myself included, in suspense as to his fate. While I was wondering how long he would be on the Disabled List, the game moved on to the next pitch as if nothing had happened.
It could just be that the rest of the game was a figment of Buchholz’s imagination, but I highly doubt that was the case.

Letting gamers know about injuries is not a bad thing. The issue arises when a game is trying to teach a subject, yet the subject is not even properly portrayed.
A player could injure their leg but walk out normally, while holding their hand in pain. Awkward hits have been a staple of ‘Madden’ games for many years now. One of the most successful entries, ‘Madden 2005’, sports Ray Lewis on the cover with a big emphasis on the defense.

To be fair, EA Sports have not released any media showing how concussions will be presented in ‘Madden 12’, but maybe they should focus more on the cause and reaction to an injury within a game itself, than just telling people about it. The same goes for any sports game, including ‘MLB 11’.

Maybe this way, a ball won’t just bounce off a player when it is travelling at speeds nearing 100 KMPH. This is not something you want gamers to interpret with the magic of imagination.
Select