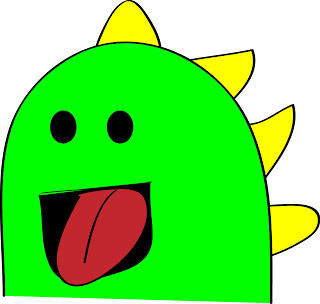 I have been meaning to post a new review for the past few months, but I realized something. I talk about the games I play on our podcast! (PS. listen to us by clicking on one of the links on the right!) Now I'm not saying I will fully stop with the reviews, but let's try something new shall we? I call this the "Hype Rawr!". Shout-outs to Reina for the inspiration!

It's simple, really. If ever I'm hyped for a game, I'll post about it here. I'll talk about why I'm hyped for it, how anxious I am in playing it, etc. Who knows, maybe I'll be hyped for something nobody else is.

But not this time! Because I would like to share my hype with you all for Portal 2. And unlike the cake, my hype is certainly not a lie.

The year 2007 introduced us to a gem of a game. Portal. The premise was simple. Shoot two portals. Walk through one, come out from the other. Simple in theory, but it provided a decent challenge. It was a first-person platformer and puzzle game bunched into one solid experience that received much critical praise from the press and gaming community. When it first came out I absolutely loved the game and when Valve officially announced the sequel in 2010, I was jumping for joy. So why am I so hyped?

Added Features
The one thing I would complain about the first title was its length. It was short. Challenging, yes, but so much more could have been done. Well, good news. The sequel looks to improve on what was already an amazing experience. Valve will be adding a good amount of gameplay elements including the repulsion gel that results in momentum change. What else? Co-op. Now I'm not a huge fan of co-op modes in general, but I can see Portal co-op being both frustrating and amazing at the same time. And hey, if this has me excited for it I'm sure there are a lot more out there who are frothing at the mouth about this addition. 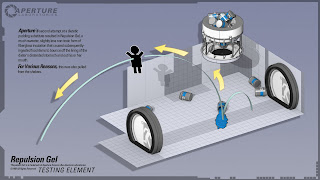 Marketing
I like how Valve does the marketing for all their games. They are Aperture Science and you can tell they have fun doing it too. For Portal 2, I have been following all the blog posts found here. The little videos are cute, hilarious and overall well-made. The actual blog posts are from "Aperture Science" and Valve does not take themselves too seriously when writing them. It's all very witty much like the script of what we have seen so far.

GLaDOS
The glitch is back, baby! Antagonist or not, she was one major part of the experience of the original title. She has returned and considering the hilarious writing of the first game, I'm sure she'll have many more memorable quotes that will inevitably be shared across the internet. With Jonathan Coulton back on board for the Portal 2 soundtrack, there will probably be a followup to the ending theme of the first game. You know how it goes.