Called It: GameStop UMvC3 Pre-orders get some familiar costumes 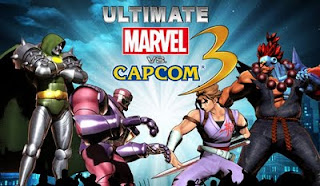 Ok this blog post is kind of cheating since it could have been easily incorporated in our initial Ultimate Marvel Vs. Capcom 3 post, but we're all about fun here at Saturday Morning Arcade. Speaking about Saturday Morning Arcade fun, remember those Wishlists we did a couple of months ago? The one's where we listed which alternate costumes we wished would make it as MvC3 DLC?

Well, it seems that some of our wishes where granted. Some of. And sort of. See what we mean after the jump.

According to some images found at fan favourite fighting game site EventHubs, GameStop will be offering a few bonuses to fans who pre-order the upcoming fighter. Accompanying the initial pre-order ad, players can expect to get Femme Fatale Pack which includes alternate costumes for Storm, X-23, Chun Li and Morrigan.

The pack includes Storm-Punk Storm, some sort of armored X-23, Street Fighter Alpha Chun Li and Casual Morrigan. Alpha Chun Li was wished in Part 5, while Morrigan was wished in Part 3, though Mark didn't wish for her casual attire. Believe me when I say that I wanted to write it in but never got around to it. Storm was never wishlisted, though we did talk about how we really wanted Storm Punk while discussing potential wishlist candidates. Really. We did.

The header image used for this post shows four more alternate costumes, this time for Dr. Doom, Sentinel, Strider and Akuma. Fans that pre-order from Amazon will receive this pack. Though my wish for an MF DOOM alternate didn't come true, it seemed that the one for Original Sentinel did. Right? I mean it kind of looks like original Sentinel. It has the colour scheme, the chest emblem and everything. Oh, and Cyber Akuma was suppose to be included in Part 4 but we never got around to it. We really did wish it though. Really. Ask Rakush.

Finally, the last revealed set of costumes shows off new threads for M.O.D.O.K, Super Skrull, Wesker and C. Viper. Best Buy Pre-orders can expect to nab this one. I was pleasantly surprised to see that our wishes for Elvis M.O.D.O.K and S.T.A.R.S Wesker came true (that was a lot of periods). I'm just pretty bummed that they didn't give Viper a SHIELD outfit. You're missing a golden opportunity there Capcom. Really golden.

And there you have it, what's been announced in terms of Ultimate Marvel vs. Capcom 3 alternate costumes so far. Is the Femme Fatale pack enough to get you to pre-order at your local GameStop? Or is Elvis M.O.D.O.K too tempting? Personally I'm a little disappointed that these seem to be downloadable as opposed to on disc (however, for all we know they could already be on disc but require a pass key to unlock). Since Capcom seems to be putting everything into this title to make it a complete package, it would make sense to throw in some alternate costumes as well to sweeten the deal. Then again, Capcom has always charged for additional costumes (see Street Fighter IV) so I guess it shouldn't come as a surprise for them to do the same with their other big fighting franchise.

As for the contents of this post, I apologize for what seems to be grasping at the content straws. I in no way believe that our wishlists contributed to the appearances of these particular costumes. Honestly I don't. Though it is nice to know that some of those wishes were granted. Sort of. Expect a podcast dump soon.