Pour One Out: Katie Semine, Eliza Dushku confirmed not to appear in Saints Row The Third 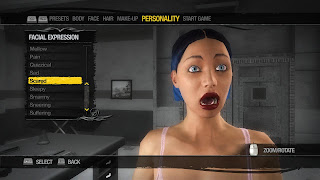 When I think of my favourite videogame voice actresses, only a few instantly come to mind. Jennifer Hale needs no introduction while Laura Bailey has become a personal favourite over the past few years. Then there are, in my opinion, the unsung favourites. Actresses that have done only a handful of roles yet have obtained the admiration of a few dozen fans. Katie Semine has one of those voices.

Though Semine has made only two videogame appearances, she certainly delivered some impressive performances for her rookie status. The former of the two had her starring as "Female Voice 1", one of the six selectable voices for the Saints Row 2 protagonist. To quite a few gamers however, she was the voice of the Saints Boss (FemBoss for short).

Unfortunately, Semine will not be reprising her role for the upcoming Saints Row The Third. Volition Senior Writer/Designer Steve Jaros confirmed on the official Saints Row forums that some actors from the previous games will not be returning. Semine is one of them.

While Volition did contact her for the role, Semine had moved away from LA and stepped away from acting. Though she was still interested, she was unable to due to distance. Jaros did note that her replacement was astounding and would not disappoint fans. So far, only Troy Baker has been confirmed to be one of the selectable protagonist voices. Jaros also mentioned that players should keep an eye out for a future dev blog that focuses on all protagonist voices.

Continuing the trend, actress Eliza Dushku is another voice that will not be returning for the November title. Dushku voiced Shaundi, the pot smoking, dread wearing and promiscuous Saints Gang Lieutenant. Fans that are following the game have noticed a distinct style change for the character and it seems that she has a new voice to compliment it. Now stepping into her shoes (or I guess heels) is actress Danielle Nicolet with confirmation coming from her Twitter.

All I can say is dag. Both Semine and Dushku gave really great performances in the previous game that really made the characters for me. I must admit, I'm really looking forward to see/hear who Volition found to be the new "Female Voice 1". Though she had some pretty big shoes (purple converses to be exact) to fill.

Hit the jump for some random ramblings on my part regarding Katie's Saints Row performance.

Saints Row 2 hit shelves October 2008. I'll be honest though, I wasn't especially excited for the title. Having only played the demo of the first game, I had heard mixed reviews from different online reviews and message board users. Though unsure, I ended up purchasing the game the week of its release. The tipping point came when I saw that buyers would also receive a free Saints Row 2 Bandanna. Sure it was a novelty item, but I'm a sucker for free stuff.

I digress though. The moment I started the game I was thrown into one of my more favourite in-game character creators. The only problem was, I couldn't necessarily create a character that was to my ultimate liking. In the end, like all my create-a-character creator encounters, I stuck with the default model (after changing their eyebrows and hair of course).

It was then time to pick my character's mannerisms and their voice. After a few amusing minutes of giving my female character a male voice, it was time to choose the female one I would be hearing for the rest of the game. Upon hearing "Female Voice 1" however, I was instantly sold. Like many others, I found the voice perfect for not only my character but the Saints Boss character overall.

There is nothing really feminine about the Saints Row protagonist. Like most video games that allow you to choose the lead character's gender, that character and their mannerisms are usually based around the assumption that they are male. Thus when the female version is created, they are just as testosterone filled as their counterparts, which arguably makes them more over the top.

Not that there is anything wrong with this. In a medium where female characters have since evolved from simply the damesel in distress and the temptress to the more DIY (DIH?) heroine, the gaming audience typically lets the pasted female voice main character slide. Of course there can be differences between the two genders, such as dialogue, character relationships and even the ability to flaunt sexuality for gain to help define or at least note the gender that was chosen. In the end though, they both pretty much act the same.

In terms of the Saints Row 2 Protagonist, you didn't have those subtle differences that defined gender in the actual story. They were act for act the same person, from fist bumping Johnny Gat at the mention of a stripper pole to being choke slammed through a four story building by gigantic tattooed men.

Katie Semine/Female Voice 1 was able to capture this hard as nails, never back down attitude and add a feminine edge to it. What I mean by that is every now and then, FemBoss will randomly say "You can never have enough guns... that's what my daddy always said..." in this genuine and nostalgic tone. It was simply that line that helped define FemBoss as still a woman even though every other moment in the game paints that character as a macho, egotistical male parody. In a way, Semine's delivery helped humble the outrageous protagonist.

And it's because of that, that I will miss Katie Semine as Female Voice 1.