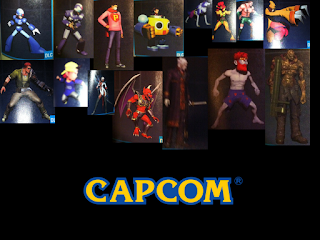 It seems that Ultimate Marvel vs. Capcom 3 has become a plumber's... ultimate wet dream ( ;D ). Since its initial announcement at the San Diego Comic Con this year, information regarding UMvC3 has leaked to the public before schedule. Even mere days before the game's release, copies are floating around being sold by local Mom and Pop shops. The strategy guide appears to be no different. Found on TheRealDarkPhoenix's Imageshack account are snapped photos of the new and improved UMvC3 strategy guide. More importantly however, these pictures contain the alternative costumes of the game's cast. Well, the ones that weren't offered as pre-order bonuses anyway. And boy aren't they delicious. I mean, obvious fan trolling aside, it seems that someone at Capcom had read our multiple costume wishlists. They must have.

Pictured above (courtesy of GameFAQs user MagnetoWned for compiling the collages) are the alternative costumes for the Capcom side. Some of them look pretty familiar as they touch upon Capcom's rich and varied past. The costumes include: 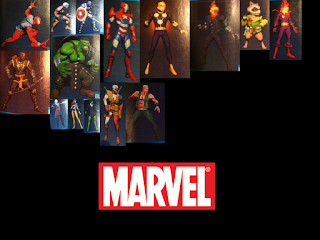 In terms of the Marvel cast, I honestly can't speak too much on which costumes they've chosen. Like the Capcom choices however, they do speak to the company's rich history and act as some cool easter eggs. The ones I recognize include:

I in no way believe that our wishlists contributed to the appearances of these particular costumes. Honestly I don't. Though it is nice to know that some of those wishes were granted. - 07/20/11

I have to admit that a lot of these costumes are really cool. Sure, a few of questions emerge from these scans such as which ones will come bundled together? Are they going to cost $5 a pack again? More importantly, are these already on disc? It's probably best not to think about that right now and just appreciate them for what they are: fan service at its finest. Or meanest. Man those Megaman kids are pissed.


TheRealDarkPhoenix [via Imageshack]
MagnetoWned - Compiling the new alts in one big pic atm [via GameFAQs]
Marvel vs Capcom 3 news Ultimate Marvel Vs. Capcom 3