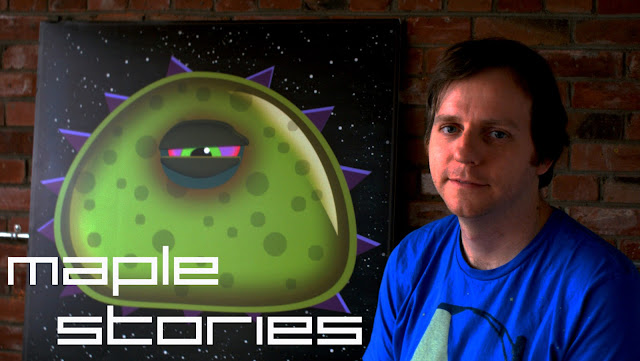 As I entered the office of Drinkbox Studios, I saw employees, over a dozen, hard at work on their next game—Guacamelee. The silence was magnified by the fact that only my voice echoed through the large hall, lit by large windows.

Just as I felt a sense of guilt about interrupting their work, I was met by Matthew Johns, Production Assistant and Senior Q&A guy for Drinkbox Studios. The silence was no longer an issue. I was introduced to Graham Smith and, in a tour of the studio, to the remaining 12 employees of this company.

That guilt also soon disappeared, and turned into sheer excitement upon discovering unopened Masters of the Universe figures pinned to the wall next to artwork from Guacamelee.
This was my first clue that this group of people, located out of Richmond Street, enjoyed their work.
Since its conception in 2008, Drinkbox Studios has developed three critically successful titles; Tales from Space: About a Blob, Tales from Space: Mutant Blobs Attack and, as yet unreleased, Guacamelee.

Mutant Blobs Attack is one of the highest rated PS Vita games since the handheld’s release, and Guacamelee is an Independent Games Festival (IGF) finalist for Excellence in Visual Art.
This creative freedom is available to them because of their financial planning. Drinkbox has worked on games for other developers, from Activsion to fellow Independent Game Developer, Capybara Games.

When the company started out, many of its employees focused on the work-for-hire projects as Drinkbox saved up money for their own titles. With a steady income, and government funding, Smith was able to continue with the development of these games.

The studio’s short history is spread across the office, much like the referential posters in their games, on walls and tables. While a giant canvas painting of Guacamelee protagonist, Juan, is displayed in the studio, a small room where we sat down for the conversation housed a canvas of the playable Green Blob from Mutant Blobs Attack.
Smith wants Drinkbox to be a studio he likes working at himself. He describes his experiences as an employee of Silicon Knights and Pseudo Interactive as positive, but believes he learned about why employees did not feel motivated to do their work.

He wants to create a work environment where his employees don’t have to work overtime; a place where they do not feel burned out. Johns can only recall one day where he had to work overtime in his three years as an employee.

Smith doesn’t want them to sacrifice a social life just to meet deadlines.

So far, it looks like Smith has succeeded in this endeavour. Every person I talked to greeted me with enthusiasm, a firm handshake, and a smile. It seemed as though they still shared the same enthusiasm about Drinkbox Studios as I did, when I was greeted by Matthew Johns. It would also seem like Graham Smith and Drinkbox Studios will be a popular presence in the Toronto game developing scene.

At least that’s the impression they left on me.

Listen to the interview below. The audio has minimal edits and so, it’s their story, in their own
words.