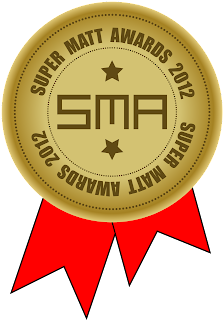 It is that time of the year again friends. A time where we all come together and reflect about the 12 months that have just passed by. In those 365 days (give or take), a lot has happened – but one thing is for sure: videogames came out, and we played most of them… ok, a lot of them… on third thought, we played videogames.

Just before we ring in the new year, it’s time to rap about the games of the yester one. Welcome to the annual Saturday Morning Arcade Game of the Year special. In the last week we barricaded ourselves in the Saturday Morning Clubhouse and rapped about our best gaming experiences of 2013. In the process we awarded select titles for their special achievements while compiling personal top 10 lists to share our questionable tastes.

To kick things off, Julian*, Matt, Mark*, Rakush and myself deliberate on The 2013 Game SMA Wanted to Play This Year But Didn’t, The Most Disappointing Game, Sportz Game of the Year and Best Game Played in 2013 That Wasn’t Released In 2013 awards as well as become increasingly unsure what these award titles actually are. Afterwards, Mark and Rakush share their personal top 10 games of the year.
*via satellite

You can take a front row seat to the Saturday Morning Awards by downloading the MP3 audio file here or streaming it through the embedded player below:

Remember to come back every day this week for a new episode where we declare new winners and humbly name our favourite titles of the year.