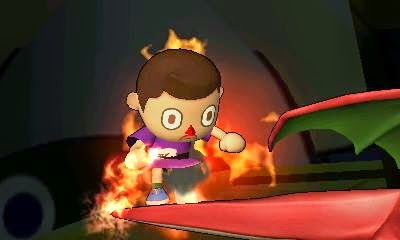 While pants are normally held up by the wonders that are known as belts, this week's episode is held up by the spirits of... well, you guessed it: the release of Super Smash Bros. for the 3DS (Wii U version coming November 21st as previously speculated). However before we divulge into our thoughts we the game, the SMA Team made sure to give you a full episode's worth of Non-Smash related content just in case that isn't your jam.


You can bust out the Twilight Princess by downloading the audio MP3 version here or streaming it through the embedded player below:

You can join us every weekend when we broadcast our show live over at bit.ly/smaLIVE. To find out when we're about to hit the air, make sure to like our Facebook page.

You can also download or subscribe to our podcast through Podcast Land (bit.ly/smaLAND) and iTunes (bit.ly/smaITUNES). If you have any questions and comments shoot us an email at team@saturdaymorningarcade.com. Whatever you do, we look forward to your company.

Until next time friends,